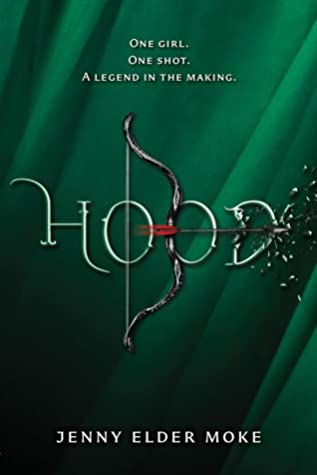 Review:
As a mom trying to find books for a readers who is 11 years old isn't easy.  She finished Harry Potter Series in 3 months. (Yes most of it was read during Spring Break and Lock Down)
When I was given a chance for her to find a new series published though disney I was beyond excited.
This book will not disappoint readers young and old! Readers will fall in love with the story of Robin Hood once again as Jenny Elder Moke bring readers into her world!
My daughter could not put the book down once she started and after she finished she asked me if i had more stories like this for her to read. (I love Robin Hood themed Stories)
Review from daughter
Oh My Gosh I couldn't put the story down.  It was awesome and the characters oh my gosh mom King John Agg but everyone else was amazing! I can't wait to read the next book by who is the author?  Does she have more books to read?
Thank you to Netgalley and the publisher Disney-Hyperion for the advance copy of Jenny Elder Moke Hood.


Synopsis:
Isabelle of Kirklees has only ever known a quiet life inside the sheltered walls of the convent, where she lives with her mother, Marien. But after she is arrested by royal soldiers for defending innocent villagers, Isabelle becomes the target of the Wolf, King John's ruthless right hand. Desperate to keep her daughter safe, Marien helps Isabelle escape and sends her on a mission to find the one person who can help: Isabelle's father, Robin Hood.

As Isabelle races to stay out of the Wolf's clutches and find the father she's never known, she is thrust into a world of thieves and mercenaries, handsome young outlaws, new enemies with old grudges, and a king who wants her entire family dead. As she joins forces with Robin and his Merry Men in a final battle against the Wolf, will Isabelle find the strength to defy the crown and save the lives of everyone she holds dear?

About The Author:
Jenny Elder Moke writes young adult fiction in an attempt to recapture the shining infinity of youth. When she is not writing, she’s gathering story ideas from her daily adventures with her two irredeemable rapscallions and honing her ninja skills as a black belt in Tae Kwon Do.Her debut novel, HOOD, about the daughter of Robin Hood and Maid Marien, will release from Disney/Hyperion in Spring 2020.
Posted by H. Wimmer at 12:00 AM