Book Review: The Secrets of Bones by Kylie Logan 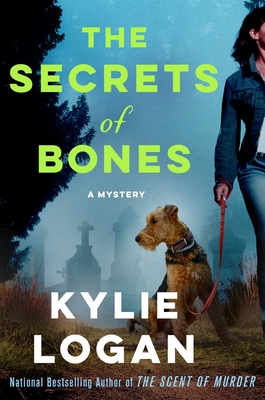 Title: The Secrets of Bones

Review:
I can't put my finger on it but the story wasn't as impressive as the synopsis sets it up to be.  The story is simple and the "Twist and Turns" are either dumbed down or I have come to expect a lot from Mystery writers.
The story has it moments and while most girls do not like Jazz because of her rebellions.  The story is well paced and is what you expect from a very average mystery.
Thank you to netgalley and the publisher for the advance copy of Kylie Logan The Secret of Bones.

Synopsis:
Assembly Day at St. Catherine's dawns bright and cloudless as professional woman gather from all around Ohio to talk to the schoolgirls about their careers in medicine, at NASA, and as yoga instructors. Administrative assistant Jazz Ramsey is involved herself, giving the girls a taste of her lifelong passion: cadaver dog training. Her adorable new puppy Wally hasn't been certified yet, so she borrows the fully-trained Gus from a friend and hides a few bones in the unused fourth floor of the school for him to find.The girls are impressed when Gus easily finds the first bone, but for the second Gus seems to have lost the scent, and heads confidently to a part of the floor where Jazz is sure no bones are hidden—at least not any that she's put there. But Gus is a professional, and sure enough, behind a door that shouldn't have been opened in decades, is a human skeleton.Jazz recognizes the skeleton as Bernadette Quinn, an ex-teacher at the school who'd never returned after one Christmas break, though letters and postcards from her had seemed to indicate there was no cause for worry. But now it seems Bernadette never left the school at all, and her hiding place makes it clear: this was murder.Bernadette's strident personality means there are a plethora of suspects inside the school and out of it, and as Jazz gets closer to the truth she can't help but wonder if someone might be dogging her footsteps

About The Author:
Kylie Logan A pseudonym used by Constance Laux is an U.S.American writer of romance novels as her real name and under the pen names: Connie Deka and Connie Lane. Writing as Constance Laux, she's published nine historical romance novels and as Connie Lane, she writes both category romance books and romantic suspense/comedy novels.
She was born on January 21 in Cleveland, Ohio. She remembers the day she got her first library card and the first book she took out of the Cleveland Public Library; Horton Hatches the Egg. She studied English Literature in the Queen's College in the prestigious university of Oxford. She married with her love of adolescence, and they live in a suburb of Cleveland with their two children, and an oversized Airedale named Hoover