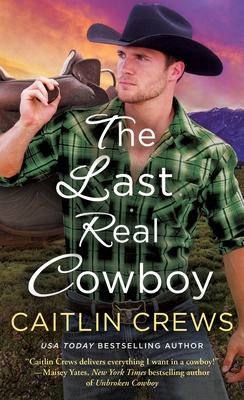 Review:
A modern day love story set in a small town in Colorado. A young (22) lady, who was raised and lives on a ranch, with her 3 much older brothers and parents sets forth to declare herself independent. In her quest, to be independent, she takes a second job at a not so respectable bar on the wrong side of town. This job enables her to obtain her own apartment, over the bar, which is meet with the disapproval of the family. An older brother then asked a friend to keep a brotherly eye her for them. As she has always had a fantasy crush on him the fun begins. Can our stalwart maintain his distance or will she be the winner of all her heart desires?

This is a feel good romance that will keep your interest from the beach until the end.
I have rated this book 4 stars.
I received an ARC from Netgalley for my unbiased review.

Synopsis:
Perennial good girl Amanda Kittredge knows that her longtime crush on Brady Everett was never really supposed to go anywhere. But when Brady comes home to Cold River during Amanda's first attempt at independence, well, who better to teach her about rebellion than her older brother's bad-boy best friend?Brady's plans did not include being forced to work the family homestead for a year--and yet, here he is. And, to make matters worse, his best friend's innocent little sister is making a menace of herself in the most grown-up, tempting ways. When Amanda begs Brady to teach her about men, he knows he should refuse. But could Brady's greatest temptation be his salvation? 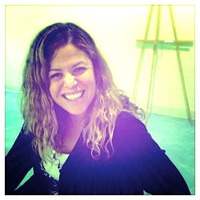 Caitlin Crews discovered her first romance novel at the age of twelve, in a bargain bin at the local five and dime. It involved swashbuckling pirates, grand adventures, a heroine with rustling skirts and a mind of her own, and a seriously mouthwatering and masterful hero. The book (the title of which remains lost in the mists of time) made a serious impression. Caitlin was immediately smitten with romances and romance heroes, to the detriment of her middle school social life. And so began her life-long love affair with romance novels, many of which she insists on keeping near her at all times, thus creating a fire hazard of love wherever she lives.Caitlin has made her home in places as far-flung as York, England and Atlanta, Georgia. She was raised near New York City, and fell in love with London on her first visit when she was a teenager. She has backpacked in Zimbabwe, been on safari in Botswana, and visited tiny villages in Namibia. She has, while visiting the place in question, declared her intention to live in Prague, Dublin, Paris, Athens, Nice, the Greek Islands, Rome, Venice, and/or any of the Hawaiian islands. Writing about exotic places seems like the next best thing to actually moving there.She currently lives in Oregon with her animator/comic book artist husband and their menagerie of ridiculous animals.
Posted by H. Wimmer at 12:00 AM