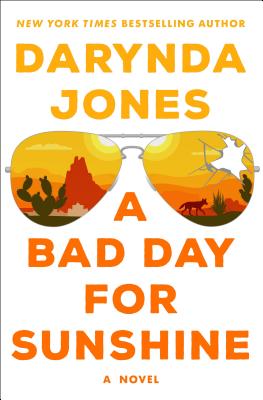 Review:
A very interesting story about a newly elected Sheriff of a small town in New Mexico. Sunshine, her nickname, is a single mother with one teeage daughter. She has returned to her home town and has a secret that she keeps from her daughter and friends. The tale is told primarily by these two individuals as multiple events occur and the plot thickens. As the action occurs will secrets be revealed and justice served or will there be a subsequent novel to wrap up any loose ends? I know I am looking forward to another novel but I am rather the curious sort who hates to leave anything unsolved. So readers I will leave it up to you to reach your own conclusion as to whether the story has concluded or not? The overall story line was excellent with a few red herrings thrown in to keep the amateur detectives on their toes.

I have rated this book 4.5 stars and look forward to what I hope will be another story about Sunshine and her daughter.
Thank you Frank

Synopsis:
Del Sol, New Mexico is known for three things: its fry-an-egg-on-the-cement summers, its strong cups of coffee—and a nationwide manhunt? Del Sol native Sunshine Vicram has returned to town as the elected sheriff--an election her adorably meddlesome parents entered her in--and she expects her biggest crime wave to involve an elderly flasher named Doug. But a teenage girl is missing, a kidnapper is on the loose, and all of it's reminding Sunny why she left Del Sol in the first place. Add to that trouble at her daughter’s new school and a kidnapped prized rooster named Puff Daddy, and Sunshine has her hands full.Enter sexy almost-old-flame Levi Ravinder and a hunky US Marshall, both elevens on a scale of one to blazing inferno, and the normally savvy sheriff is quickly in over her head. Now it’s up to Sunshine to juggle a few good hunky men, a not-so-nice kidnapping miscreant, and Doug the ever-pesky flasher. And they said coming home would be drama-free.

NYTimes and USA Today Bestselling Author Darynda Jones has won numerous awards for her work, including a prestigious RITA, a Golden Heart, and a Daphne du Maurier. As a born storyteller, she grew up spinning tales of dashing damsels and heroes in distress for any unfortunate soul who happened by, annoying man and beast alike. She currently has two series with St. Martin's Press, the Charley Davidson Series and the Darklight Trilogy. Darynda lives in the Land of Enchantment, also known as New Mexico, with her husband of more than 25 years and two beautiful sons, the Mighty, Mighty Jones Boys. She can be found at www.daryndajones.com.
Posted by H. Wimmer at 12:00 AM