Book Review: The Shape of Night by Tess Gerritsen 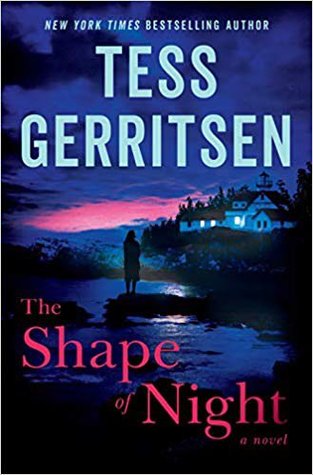 Title: The Shape of Night

Review:
I will be honest I didn't see this one coming.  Tess Gerritsen has the ability to bring readers to locations that they would dream of seeing in person one day.
The characters jump off the pages and come to life.  As the mystery grows so does the characters who will keep readers guessing what is real and what isn't real.
The story ends with an amazing ending that will heal hearts that are hurting and have readers wondering what is real and what is a ghost?
IF a ghost could take care of a woman like he did for Ava why would they leave?
Thank you to Netgalley and the publisher Ballantine Books for the advance copy of Tess Gerritsen The Shape Of Water

Synopsis:
Ava Collette is punishing herself for an unspeakable tragedy. So she flees Boston and rents an old home named Brodie’s Watch on a remote coastal peninsula of Maine, hoping to work on a cookbook inspired by New England cuisine that she’s been trying to finish for months. She immediately feels at peace in the isolated house–until she starts to hear strange noises.Rumor has it that a sea captain named Brodie has haunted the house for decades. Then, one night, Ava is awakened to find herself face to face with an apparition who looks–and feels–all too real. Meanwhile, there’s been a series of accidental deaths nearby that don’t add up. And as Ava starts to check into the previous renter’s mysterious disappearance, she starts to realize that there’s a disturbing secret some in town are desperate to keep hidden.Soon all of Ava’s waking hours are consumed by her investigation, and her nights are ignited by Captain Brodie’s ghostly visits. But even as she questions her own sanity, she knows she must uncover the truth before a killer strikes again.

Internationally bestselling author Tess Gerritsen took an unusual route to a writing career. A graduate of Stanford University, Tess went on to medical school at the University of California, San Francisco, where she was awarded her M.D.While on maternity leave from her work as a physician, she began to write fiction. In 1987, her first novel was published. Call After Midnight, a romantic thriller, was followed by eight more romantic suspense novels. She also wrote a screenplay, "Adrift", which aired as a 1993 CBS Movie of the Week starring Kate Jackson.
Posted by H. Wimmer at 12:00 AM