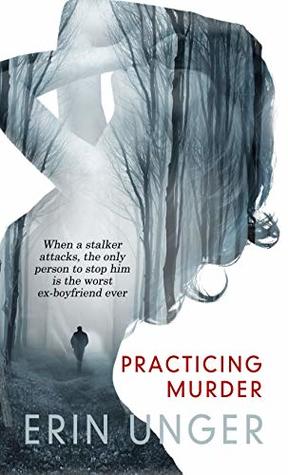 Review:
The story starts off fine and the story moves a little slow for the story line.  It lacks focus in some areas.  While others have more detail than is needed for the scene.  The christian side of the story was sweet without being in your face religious.
The book cover is very eye catching and beautifully done. The author way of writing a small town worked for this book but fell short at times.  It is a quick beach read.

Synopsis:
Graduate student Maddie Clare is never talking to her ex-boyfriend Joze Evans or God again. Still broken from Joze's betrayal, Mattie has to go home for her Aunt Lonna's funeral. But after a run-in with a stalker who insists Maddie knows the secret that had Aunt Lonna investigating him, Mattie is afraid for her life and must accept Joze's protection. As the stalker draws closer, Maddie and Joze have to face the past and a love that never died. Maddie sees she needs God's help to end her fears and to get through the new danger. Can Maddie stay out of the stalker's grip long enough to figure out who he is and what secret he possesses? And how will Joze keep Mattie from being buried with the stalker's true identity?

I was raised in the hills of Virginia, exploring abandoned houses and running for dear life from the cows that grazed in the fields surrounding my home. There were friends in abundance who goaded me into truth or dare many a time. I learned to imagine the best and worst of life in those years. That imagination grew as I became a voracious reader of Nancy Drew and later Mary Higgins Clarke.
After marrying so young it would make a great romance novel but too young for real life, I have enjoyed an exciting life with my hubby and best friend. We have five mostly children who are almost too old to believe and a couple grandkids.
Art has been a great hobby for me over the years. I love to leave the world behind for a few hours to paint with acrylics and have been commissioned by two camps to do murals. My true love is portraiture painting.
It took years for me to discover that one of the gifts God gave me was writing. But once I knew what I was meant to do, I worked hard to become a writer. I’m an active member of ACFW and regularly attends, writing workshops and conferences. I am an avid reader of books on writing and make it a priority as I continue to write. It’s not unusual for me to travel all over Virginia to participate in writers groups, for I’m truly a people person who wants to encourage other writers on their journey.
I was first published in Anthology of Poetry by Young Americans as a teenager. I illustrated a children’s book, Memphis Learns the Hard Way in 2013.
Posted by H. Wimmer at 12:00 AM