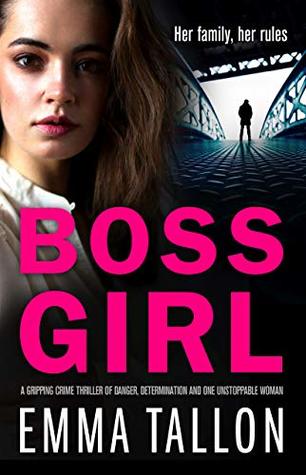 Review:
I wish I had known before requesting this book it was part of a series.  This has to be read with the start of book one.  This books are interconnected and readers will be lost though most of the book because the lack of backstory for some of the characters.
The story is about the underground world where people will do anything to get what they want and its apart of their lives.  That can make it difficult for readers to find a "hero" or someone they can identify with in the story.

Boss girl is dark story and sometimes almost to dark wondering where the happy or light might be.  With the nail biting moments I can honestly say if readers like the dark underworld this series would be for you.  I highly recommended you go back and start with the first story before you start with Boss Girl.
Thank you to Netgalley and the Publisher Bookouture  for the Advance copy of Emma Tallon Boss Girl.

Synopsis:
Anna Davis is under pressure. With her West End nightclub packed full every night and the opening of another club just around the corner, she knows she can’t take her eye off the ball. Her boyfriend Freddie Tyler practically owns London’s West End and he’s got a big deal on – one that could make the Tylers the most powerful family in London. He’s going into business with crime boss Frank Gambino. But visiting Anna at work one night, Gambino tells her he’ll only sign the deal with Freddie on one condition – that she hands over Club Anya to him. With tension growing between Anna and Freddie, her mind is on other things. She doesn’t notice that someone is watching her every move. She doesn’t realise just how much danger she’s in. When one night she doesn’t return home, Freddie is beside himself with worry. And as he races to save Anna, one thing is for sure – he’ll get back the girl he loves. Even if it means taking down the whole of the London underworld to find her 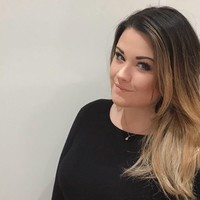 Emma Tallon is a British author of gripping, gritty, gangland crime thrillers. Having kicked-off her writing career as a ghostwriter initially, Emma took the leap in March ‘17 and self-published her first novel ‘Life Game’.
The book quickly became a success and in December of the same year Emma signed a publishing contract with Bookouture for the Tyler family series, including the first book in the series ‘Life Game’, which was updated and re-released as ‘Runaway Girl’.
Posted by H. Wimmer at 12:00 AM