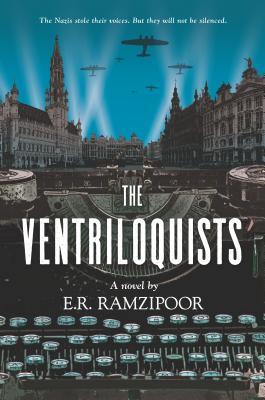 Review:
A novel, partly based on fact, that takes place in Belgium in 1943 during the Nazi occupation. The story unfolds in a day by day format and relates what the characters are doing and how they interact. It provides a vivid description of what the occupation must have been like for the local citizens. I enjoyed the book but found it had to be read in smaller amounts than I normally read. Sections must be read, digested, and mulled over by the reader to fully understand what is happening.

I received an ARC from Netgalley to be read for my unbiased review. Thank you Frank for your review.

Synopsis:
Brussels, 1943. Twelve-year-old street orphan Helene survives by living as a boy and selling copies of the country’s most popular newspaper, Le Soir, now turned into Nazi propaganda. Helene’s entire world changes when she befriends a rogue journalist, Marc Aubrion, who draws her into a secret network publishing dissident underground newspapers.Aubrion’s unbridled creativity and linguistic genius attract the attention of August Wolff, a high-ranking Nazi official tasked with swaying public opinion against the Allies. Wolff captures Aubrion and his comrades and gives them an impossible choice: use the newspaper to paint the Allies as monsters, or be killed. Faced with no decision at all, Aubrion has a brilliant idea: they will pretend to do the Nazis’ bidding, but instead they will publish a fake edition of Le Soir that pokes fun at Hitler and Stalin—giving power back to the Belgians by daring to laugh in the face of their oppressors.The ventriloquists have agreed to die for a joke, and they have only eighteen days to tell it.Told with dazzling scope, taut prose and devastating emotion, The Ventriloquists illuminates the extraordinary acts of courage by ordinary people forgotten by history—unlikely heroes who went to extreme lengths to orchestrate the most stunning feat of journalism in modern history.

E.R. Ramzipoor is a writer based in California. She also works as a content marketer, writing about cybercrime and online fraud. She studied political science at UC Berkeley, where she researched underground literature in resistance movements and discovered the forgotten story of Faux Soir. Her writing has been featured in McSweeney's and The Ventriloquists is her first novel. She lives with her partner and a terrier mix named Lada.
Posted by H. Wimmer at 12:00 AM