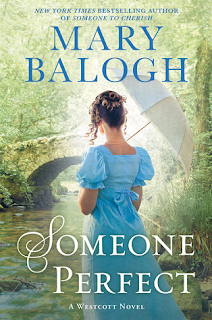 A story that will capture the readers heart and mind as it plays out. Two families both with their own baggage weighing them down begin a delicate dance and balancing act. But in the end they begin to see that what they perceive to be the truth is false. At this point true love and adoration come to the forefront and both parties melt into each others arms.

I have never been disappointed with an offering from this author and this was no different. I would purchase this book for others. I have rated it four stars.
I received an ARC from Netgalley for my unbiased review.

As a young man, Justin Wiley was banished by his father for mysterious reasons, but now, his father is dead, and Justin has been Earl of Brandon for six years. A dark, dour man, he, nonetheless, takes it as his responsibility to care for his half-sister, Maria, when her mother dies. He travels to her home to fetch her back to the family seat at Everleigh Park.Although she adored him, once, Maria now loathes Justin, and her friend, Lady Estelle Lamarr, can see, immediately, how his very name upsets her. When Justin arrives and invites Estelle and her brother to accompany Maria to Everleigh Park to help with her distress, she begrudgingly agrees, for Maria's sake.As family secrets unravel in Maria's homecoming, Justin, too, uncovers his desire for a countess. And, while he may believe he's found an obvious candidate in the beautiful 25-year-old Lady Estelle, she is most certain that they could never make a match...

Mary Jenkins was born in 1944 in Swansea, Wales, UK. After graduating from university, moved to Saskatchewan, Canada, to teach high school English, on a two-year teaching contract in 1967. She married her Canadian husband, Robert Balogh, and had three children, Jacqueline, Christopher and Sian. When she's not writing, she enjoys reading, music and knitting. She also enjoys watching tennis and curling.Mary Balogh started writing in the evenings as a hobby. Her first book, a Regency love story, was published in 1985 as A Masked Deception under her married name. In 1988, she retired from teaching after 20 years to pursue her dream to write full-time. She has written more than seventy novels and almost thirty novellas since then, including the New York Times bestselling 'Slightly' sextet and 'Simply' quartet. She has won numerous awards, including Bestselling Historical of the Year from the Borders Group, and her novel Simply Magic was a finalist in the Quill Awards. She has won seven Waldenbooks Awards and two B. Dalton Awards for her bestselling novels, as well as a Romantic Times Lifetime Achievement Award.