Book Review: Raising Your Kids Without Losing Your Cool by Shantelle Bisson 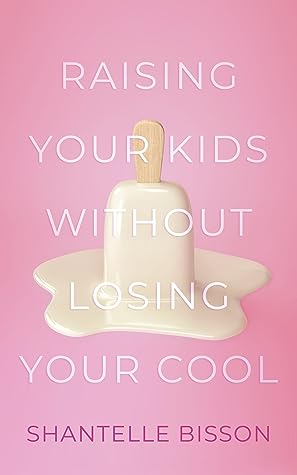 Title: Raising Your Kids Without Losing Your Cool

Review:
What parent isn't looking for the cure all book where the author wrote down your thoughts, ideas while showing the parent how the can improve in a positive uplifting way.
Shantelle Bisson almost takes readers to that place.  Shantelle shows readers the "real her" with her swearing about life, experience and well kids. When it comes to swearing lets face it everyone tries hard to control those tempting words but some of us fail.  Shantelle shows us she is part of that group.  However swear words to make a point or example works but she goes over the top at times with her swearing skills.
The author spends way to much time on before kids and early baby times and races though the ages and years that most of use are looking for help in life. Toddler though teen years.
While the author gives humor to life during baby times readers looking for guidance, help and understanding in the trenches of life this author has very little direction.
Thank you to the publisher for the advance copy of Shabntelle Bission Raising your kids without losing your cool.


Synopsis:
Let’s face it — raising children can take a wrecking ball to your ambitions, your finances, your relationships, even your health. But, as mother of three Shantelle Bisson will tell you, it doesn’t have to be that way. In Raising Your Kids Without Losing Your Cool, Shantelle sets out how to get ready for baby‘s arrival, helps you through the big push, lays it all out on breastfeeding, and makes sure you don‘t forget to KEEP HAVING SEX. Plus, she‘ll help you navigate the perils of helicopter parenting, children on social media, and even gender-reveal parties, and answer the burning question: Is that really cool?

Shantelle was born and raised in Toronto, and splits her time between Toronto and Los Angeles.  At the age of four, she was drawn to the stage like a moth to the flame, and spent more than twenty years dancing and performing in musical theater.  At sixteen, she was plucked from a school talent show, and so began her career performing in Television and Film.  In 2008 she turned her creative attention to writing and developing TV show concepts, and has enjoyed much success.
Shantelle also gives back to her community; she chaired her first solo endeavour supporting Sheena’s Place in March 2012.  Co-chaired The Purple Party for Childhood Cancer Canada in November 2013, 2014 2015 and 2016.  Her involvement has helped them raise over a million dollars to date.  She also sits on their committee for awarding scholarships to kids who have survived cancer.  She supports Camp Ooch through fundraising, and visiting with the kids at camp in the summer.  In November 2016 she and her husband emcee’d their bi-annual gala, where 1.2 million dollars was raised to send kids with cancer to camp.  She also supports Bridgepoint Hospital, via their annual fundraiser, “The Heist”, and was the M.C for their 2014 annual Gala, Fandango.  Shantelle and her husband also give generously to the APJ fund, supporting kids in Haiti, and sit on their advisory board.
She recently joined forces with Boost for Kids where her duties will include Honorary Chair over the next three years, as well as being MC for their 2018 Butterfly Ball.
And, just to keep busy, she is still writing, developing, shooting and producing her own projects for television.  Along with being a writer, producer and actress, Shantelle has three beautiful daughters, and two four legged sons with husband, Yannick Bisson, star of Canada’s number one drama series, CBC’s Murdoch Mysteries.  She can also be seen on CBC’s new daytime talk show, The Goods, as one of their parenting experts.
She is also working on a series of non-fiction “how to” books; and is currently shopping the first in the series, titled: HOW TO RAISE YOUR KID WITHOUT LOSING YOUR COOL.
Recently Shantelle has become a staff writer for Canadian online, and print magazine, Milk N Heels tackling all topics parenting, and relationship, she will also be answering any and all parenting and relationship questions twice a week on the site as DEAR ELLE.
Posted by H. Wimmer at 12:00 AM