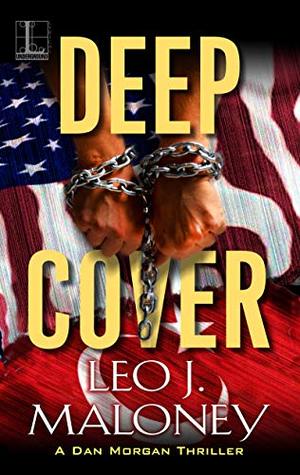 Review:
Starting with book 8 is a chance that reader might not be able to catch up with the characters and their back ground.  Leo Maloney writes a very easy political thriller for readers to follow.  The story is a little to unbelievable at times as the story makes it way from countries all over the world.
The story doesn't stand out among so many different great political thrillers filling book stores.

Thank you to Netgalley and the publisher for a copy of Leo J. Maloney Deep Cover.

Synopsis:
While posing as black market arms dealers in Istanbul, Dan Morgan and Peter Conley are propelled into a high-speed chase, on the run from dozens of police – only to be arrested. But it’s all part of a plan for the agents to get themselves thrown into a Turkish prison. Their mission: to extract a scientist who masterminded that nation’s new missile guidance system—advanced technology that Turkey’s president intends to trade with North Korea in exchange for nuclear secrets. To prevent a Middle East war and deadly crisis on the Korean peninsula, Morgan and Conley must execute a finely crafted prison break to get the scientist out. When an enemy from Morgan’s past threatens the operation, the two agents face a desperate fight for their lives, with the fate of two hemispheres hanging in the balance. 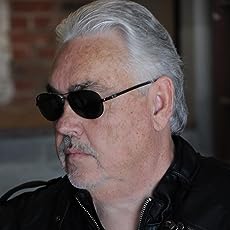 In the mid 1960's, while in the military, he was recruited to become a deep cover black ops contractor for a clandestine government agency.While he was serving his country in the secretive world of Black Ops over 30 years, he operated several "cover" businesses including a classic car brokerage, promotions and limousine companies, and a detective agency. After leaving his career in black ops, Leo continued several of his cover businesses, and also had the opportunity to try his hand at acting in independent films and TV commercials.In his most recent project, Leo began writing, reliving many of his Black Ops experiences and evolving them into his books. In 2011 he signed a contract with Kensington Publishing Corp for the Dan Morgan thriller series. The first book, Termination Orders, was released in 2012. Silent Assassin, 2013, Black Skies, 2014, Twelve Hours, 2015, Arch Enemy & For Duty and Honor, 2016, and Rogue Commander, 2017. Dark Territory, & Threat Level Alpha will be released in 2018. Leo is currently in contract talks to have the Dan Morgan Thriller novels brought to Cable TV.
Posted by H. Wimmer at 12:00 AM