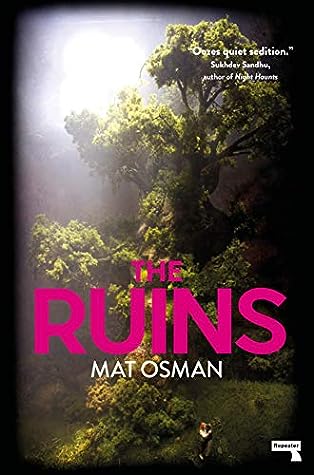 Title: The Ruins by Mat Osman

Review:
Mat Osman uses his knowledge to bring his first book to life.  The author creates characters that might not be likable but if readers have siblings they will be able to connect with the lead characters desire to find the truth of what happen to his brother.
The list of characters makes for a duel identity that the characters is living and while it takes time for the action to happen readers will be willing to hang on because different characters that they will connect with.

Thank you to Netgalley and the publisher for a advance copy of Mat Osman The Ruins.

Synopsis:
The Ruins is the story of twin brothers - Adam and Brandon - who haven't spoken for decades, When Brandon is found gunned down just streets from Adam's flat, Brandon's girlfriend enlists Adam to find out what he was doing there and who killed him. Shy, stuttering Adam finds himself caught up in his brother's world of deception, violence and forgery. As things turn increasingly dark and his entanglements with his brother's family grow, he's faced with a choice of whether to dive deeper into Brandon's world and risk losing himself, or turning his back on his future.

About The Author:
Mathew David "Mat" Osman is an English musician, bass player and songwriter who co-founded the British rock band Suede. He and future Suede lead singer Brett Anderson met in Haywards Heath, England, where they played in garage bands before moving to London. He studied at the London School of Economics, where in 1989 he was awarded a BSc in Politics.After Suede broke up in 2003, Osman provided music for television programs and became the London editor of the email magazine le cool. His work has also been published in British magazines and newspapers including The Guardian, The Independent and The Observer.He returned to Suede when the band reformed in 2010. The band are currently writing and recording their ninth studio album.
Posted by H. Wimmer at 12:00 AM