Monday in our Mailbox

What did the mailman bring you this week?  Here are a few items we got.

A murder at the Taj Mahal. A kidnapping in a sacred city. A desperate chase through a cliffside monastery. All in the pursuit of a legend that could link the world’s great religious faiths.

In 1887, a Russian journalist made an explosive discovery in a remote Himalayan monastery only to be condemned and silenced for the heresy he proposed. His discovery vanished shortly thereafter.
Now, graduate student Grant Matthews journeys to the Himalayas in search of this ancient mystery. But Matthews couldn’t have anticipated the conspiracy of zealots who would go to any lengths to prevent him from bringing this secret public. Soon he is in a race to expose a truth that will change the world’s understanding of religion. A truth that his university colleagues believe is mere myth. A truth that will change his life forever—if he survives.

The bestselling author of Suck Your Stomach In & Put Some Color On! returns with more helpful how-to's and keen observations from Dixie.

Guided by principles from the ancient Belle Doctrine, the host of radio and television's All Things Southern offers down-home advice on everything from health and fitness-managing thy caloric calculations without going Straight Running Crazy and surviving the Raging Inferno Syndrome (aka hot flashes)-to the Southern art of handling your man (Bubba Whispering). Whether giving business tips or debunking the Big Boned Theory, making political observations or celebrating the inevitable resurgence of big hair, Shellie is an adviser women can relate to and laugh with regardless of their age or which side of the Mason-Dixon they call home.  A blog win from the spring blog hop. 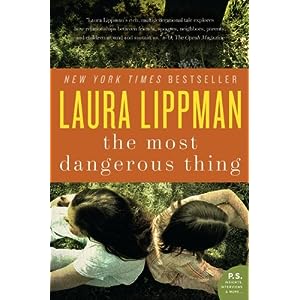 Some secrets can’t be kept…

Years ago, they were all the best of friends. But as time passed and circumstances changed, they grew apart, became adults with families of their own, and began to forget about the past—and the terrible lie they all shared. But now Gordon, the youngest and wildest of the five, has died and the others are thrown together for the first time in years.
And then the revelations start.
Could their long-ago lie be the reason for their troubles today? Is it more dangerous to admit to what they’ve done or is it the strain of keeping the secret that is beginning to wear on them and everyone close to them? Each one of these old friends has to wonder if their secret has been discovered—and if someone within the circle is out to destroy them.

A young woman tries to save three people she loves in this elegant and remarkably insightful coming-of-age debut.

Afraid of losing her parents at a young age—her father with his weak heart, her deeply depressed mother—Naomi Feinstein prepared single-mindedly for a prestigious future as a doctor. An outcast at school, Naomi loses herself in books, and daydreams of Wellesley College. But when Teddy, her confidant and only friend, abruptly departs from her life, it's the first devastating loss from which Naomi is not sure she can ever recover, even after her long-awaited acceptance letter to Wellesley arrives.

Naomi soon learns that college isn't the bastion of solidarity and security she had imagined. Amid hundreds of other young women, she is consumed by loneliness—until the day she sees a girl fall into the freezing waters of a lake.

The event marks Naomi's introduction to Wellesley's oldest honor society, the mysterious Shakespeare Society, defined by secret rituals and filled with unconventional, passionate students. Naomi finally begins to detach from the past and so much of what defines her, immersing herself in this exciting and liberating new world and learning the value of friendship. But her happiness is soon compromised by a scandal that brings irrevocable consequences. Naomi has always tried to save the ones she loves, but part of growing up is learning that sometimes saving others is a matter of saving yourself.

LONGLISTED FOR THE 2011 MAN ASIAN LITERARY PRIZESHORTLISTED FOR THE HINDU LITERARY PRIZE FOR BEST FICTION 2011 WITH HER DEBUT NOVEL, An Atlas of Impossible Longing, Anuradha Roy’s exquisite storytelling instantly won readers’ hearts around the world, and the novel was named one of the best books of the year by The Washington Post and The Seattle Times. Now, Roy has returned with another masterpiece that is already earning international prize attention, an evocative and deeply moving tale of a young woman making a new life for herself amid the foothills of the Himalaya. Desperate to leave a private tragedy behind, Maya abandons herself to the rhythms of the little village, where people coexist peacefully with nature. But all is not as it seems, and she soon learns that no refuge is remote enough to keep out the modern world. When power-hungry politicians threaten her beloved mountain community, Maya finds herself caught between the life she left behind and the new home she is determined to protect. Elegiac, witty, and profound by turns, and with a tender love story at its core, The Folded Earth brims with the same genius and love of language that made An Atlas of Impossible Longing an international success and confirms Anuradha Roy as a major new literary talent.

Like the winter, grief has a season. Life returns with the spring.

A young architect at a prestigious Chicago firm, Bethany Quinn has built the life she dreamed of during her teen years in a trailer park.  An unexpected interruption from her estranged mother reveals that tragedy has struck in her hometown and a reluctant Bethany is called back to rural Iowa.

Determined to pay her respects to her past while avoiding any emotional entanglements, she vows not to stay long. But the unexpected inheritance of five hundred acres of farmland and a startling turn of events in Chicago forces Bethany to come up with a new plan.

Handsome farmhand Evan Price has taken care of the Quinn farm for years.  When Bethany is left the land, Evan must fight her decisions to realize his dreams. But even as he disagrees with Bethany’s vision, Evan feels drawn to her and the pain she keeps so carefully locked away.

For Bethany, making peace with her past and the God of her childhood doesn’t seem like the path to freedom. Is letting go the only way to new life, love and a peace that she’s not even sure exists?

From the bestselling author of Alice Waters and Chez Panissecomes the first biography of the father of the American food revolution, who introduced the world to the likes of Julia Child, Wolfgang Puck, and Alice Waters. From his first day on the job as the New York Times food critic, Craig Claiborne excited readers by introducing them to food worlds unknown, from initiating them in the standards of the finest French cuisine and the tantalizing joys of the then mostly unknown foods of India, China, Mexico, Spain, to extolling the pleasures of “exotic” ingredients like arugula, and praising “newfangled” tools like the Cuisinart, which once he’d given his stamp of approval became wildly popular. A good review of a restaurant guaranteed a full house for weeks, while a bad review might close a kitchen down.      Based on unprecedented access to Claiborne’s personal papers and interviews with a host of food world royalty, including Jacques Pepin, Gael Greene, and Alice Waters, Tom McNamee offers a lively and vivid account of Claiborne’s extraordinary adventure in food, from his own awakening in the bistros of Paris, to his legendary wine-soaked dinner parties, to his travels to colorful locals from Morocco to Saigon, and the infamous $4,000 dinner he shared in Paris with French chef Pierre Franey that made front-page news. More than an engrossing biography, this is the story of the country’s transition from enchantment with frozen TV dinners to a new consciousness of truly good cooking.

A spellbinding and wise coming-of-age story from New Face of Fiction Frances Greenslade, Shelter draws readers into the precarious world of two young sisters in search of their mother, and brings to life a breathtaking BC landscape.
Maggie is a born worrier who really believes that trouble comes in threes and that threats to her family's cozy but fragile life in Duchess Creek are never far. For reasons she doesn't understand, her father favours her over her carefree older sister, Jenny, and takes her on outings to the bush where he shows her how to build shelters using leaves, sticks and fir boughs. Just in case. When he is killed in a logging accident, Maggie thinks her worst fear has come true, but her father's death is only the first blow in the destruction of her family. Soon her mother, Irene, the one Maggie has never worried about, abruptly drops off her girls in Williams Lake to billet with the gloomy Bea Edwards and her wheelchair-bound husband, Ted.Irene promises she'll be back for them, but weeks turn to months and then to years. When trouble finds the girls for the third time, it comes for Jenny, who is pitched into a situation too frightening to handle. Maggie decides that it's up to her to find Irene and repair their fractured family. Her quest not only to find but to understand her mother brings the novel to a powerful, wrenching conclusion. Shelter's emotional richness, and Maggie's distinctive voice, invoke the bestselling novels of Miriam Toews and Mary Lawson. Greenslade's prose captures the exquisite beauty of the Chilcotin, the precious comfort of family and the poignant realization that we may never fully understand the people we love.
Posted by Unknown at 12:00 AM